Salams Lovely People…wow it’s already 2016…the last year has just flown past don’t u think? I pray everyone has a stress-free and happy 2016 insha’allah.  I’ve decided to post a traditional recipe this time. It’s something most Asians will be familiar with, and its one of those traditional dish combinations we have been having at least one a week or every 2-3 weeks since like forever. It sure is one of our household faves. The daal recipe was given to me by a friend and I have adapted it slightly. I’m one of those who doesn’t really cook by the teaspoon so was a bit difficult to actually measure everything so please adjust accordingly to what you think is right for you. As always any questions please message me on here or on Instagram or Facebook.

1 and half tsp red chilli powder

1 and half tsp salt (but to taste)

Wash the daal in warm water 3 times, drain and place in a pressure cooker, add the washed lamb meat and also add the daghar phool, add water so it cover the daal and meat and about 2 to 3 inches above that…sprinkle a bit of salt and turmeric and half a teaspoon of ginger garlic blended. Close lid and put on high heat.

Once the pressure cooker had whistled around 3 to 4 times, turn off and let it cool completely I run it under the cold water tap to make it cool quicker (do not open till it has completely cooled as if the pressure is not let out and you open this can cause injury) Now if you do not own a pressure cooker you can boil in a pot until the daal and meat is cooked but will take longer.

While daal is pressure cooking you can prepare the masala for it. In a separate pot pour in the oil and heat up on high, add the sliced onions with the chopped garlic and cook until the onions and garlic  are starting to brown, keep stirring every so often so that the onions don’t burn.

Once onions are browned, add the blended tomatoes and all the rest of the dry spices, salt, ginger and garlic plus the star anise, cardamon pods, cinnamon stick and dried red chillies. Give it a good stir and Turn flame to medium, cover the pot and let this cook for around 10 minutes checking half way through. At this point also add the fenugreek leaves and also some chopped coriander.

After around 10 minutes check if oil has separated. If not let it cook for a few minutes longer until no moisture remains from the tomatoes and oil has properly separated. Turn off gas.

Once you have checked the daal and meat is cooked, with a slotted spoon remove the meat pieces from the pressure cooker and add to the pot containing the tomato masala. With a hand blender blend the boiled daal that is still in the pressure cooker so it does not look whole. Do not add all the daal to the tomato mix, firstly add half and mix into the masala and check if more is needed. The daal will look quite thick so to thin it slightly add some boiled kettle water to the daal, just enough so it is slightly thinner than your desired consistency.

Turn on cooker again to higher and when the daal starts coming to the boil turn down to medium to low flame and let this simmer for around 10-15 minutes until it is of your desired consistency. Also taste for salt and add if needed. Your daal is ready so now onto the Rice.

Pour the oil into a medium sized pot and heat, add the sliced onions, cumin seeds, cinnamon sticks and cardamon pods and cook until the onions are slightly golden, stir every so often so that the onions don’t burn.

Boil some water in the kettle, slowly add 4 mugs of boiled water into the golden onions and let this come to a boil, drain the rice and add the rice to the boiling water carefully. Add the salt and stir well.

Keeping flame on high let the rice cook and turn the flame to medium as the water slowly burns off. Once the Water starts to absorb into the rice turn the flame to low, cover the pot and leave to cook for around 15-20 minutes. Check the rice by squeezing it with your fingers, if it still feels slightly hard then add a touch of boiled water again. (At this point I put the rice in the oven on gas mark 3/4, this allows it to cook thoroughly and also stay nice and hot)

Make a selection of Kachumar, pickles and Raitas, fry some poppadoms and Enjoy 😍


Firstly we start on the Daal: 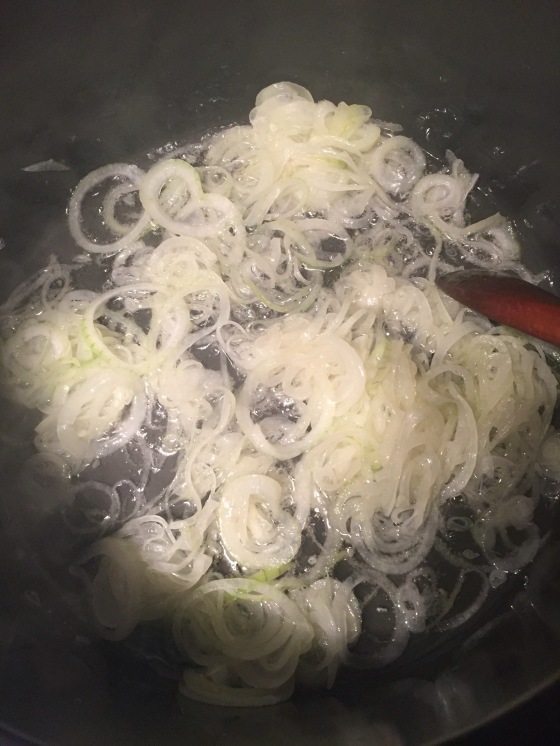 Add the sliced onions to the heated oil

Add the chopped garlic, cinnamon sticks and cardamon pods to the onions and let this brown

Pour in the blended tomatoes 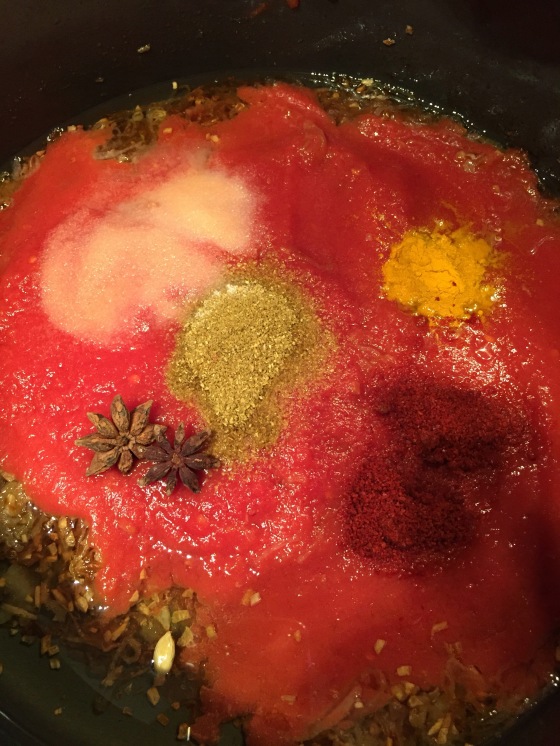 And add the dry spices and star anise 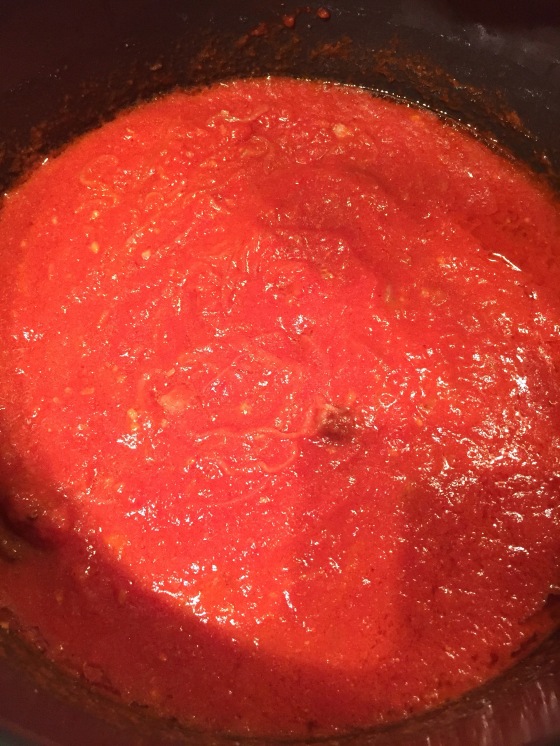 Mix well and cover with a lid and cook further 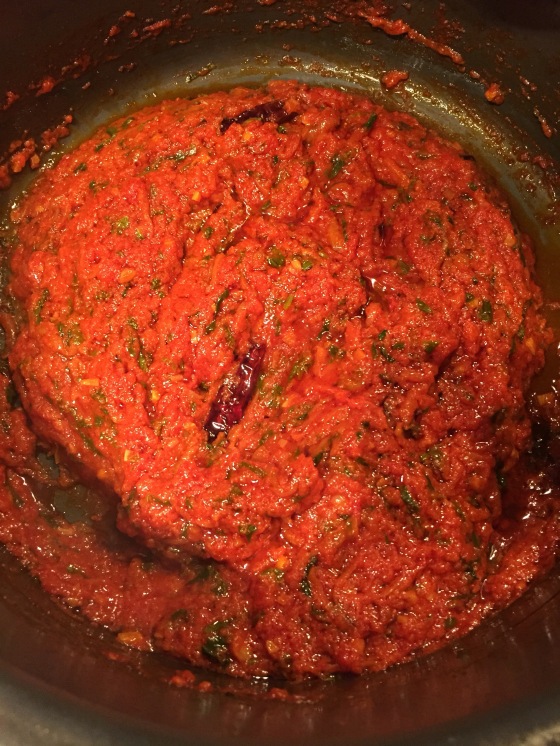 Add the boiled meat and daal and mix well

Now for the rice:

Heat the oil and add the sliced onions and whole jeera, cinnamon sticks, cardamon pods and fry the onions till they are slightly golden brown 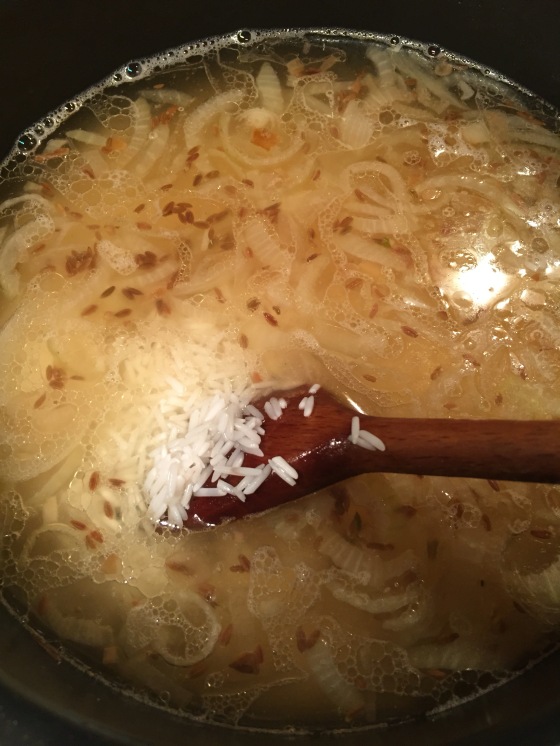 Carefully add the rice, salt and bay leaf to the boiling water and once again bring to the boil (I also added a handful of sweetcorn at this point)

As the water reduces also turn down the heat slowly

Once water is mostly burned off turn the flame to low and cover and cook further. 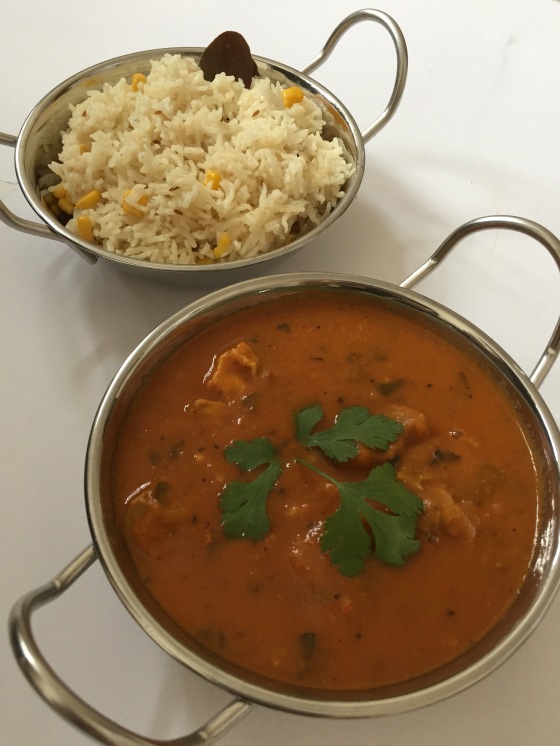 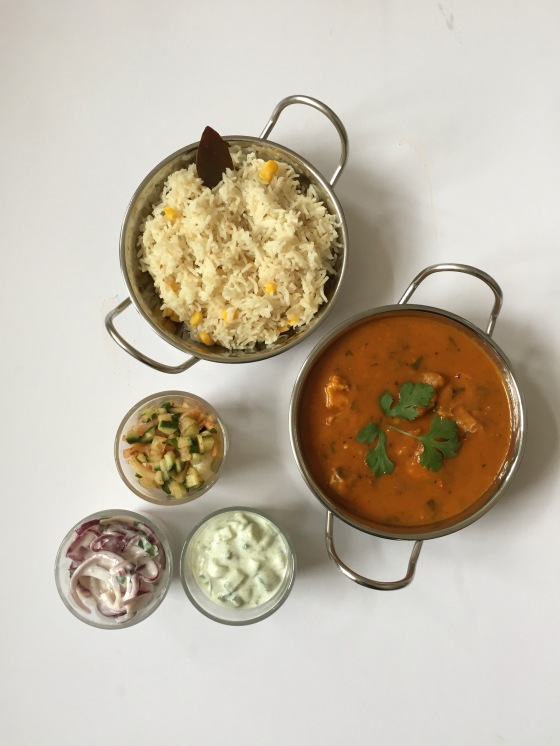